Skip to content
Posted on August 4, 2018 by Richard Pütz 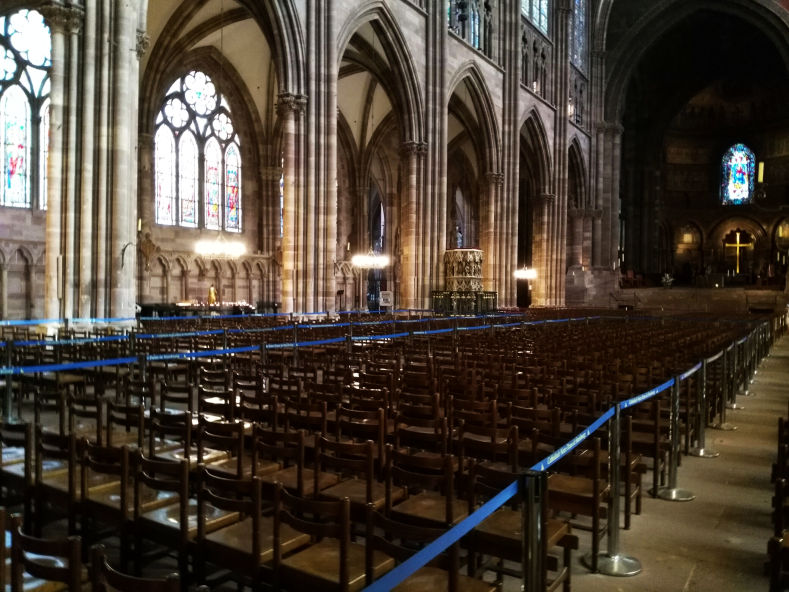 You won’t see a picture like this often: Just 5 minutes earlier this Cathedral in Strasbourg was teeming with tourists, but they shut it down at 11:15 AM every day, evacuating all the guests. Empty churches is the theme of my writing on our concerns for Christianity in Europe.

I’m not a social scientist, though I play one on television.

However, in the informal interviews we had with people in July (and the year before) there is much anecdotal evidence to suggest that the secularization taking place in Europe has two very strong nodes; two places where it begins from which the ripple effects spread out throughout each respective country. Furthermore, I’m predicting that in the future, things won’t be much different in Canada and the United States.

One is cities. I know the stereotype. Country people are closer to the land, and it better lends itself to worshiping…

This site uses Akismet to reduce spam. Learn how your comment data is processed.